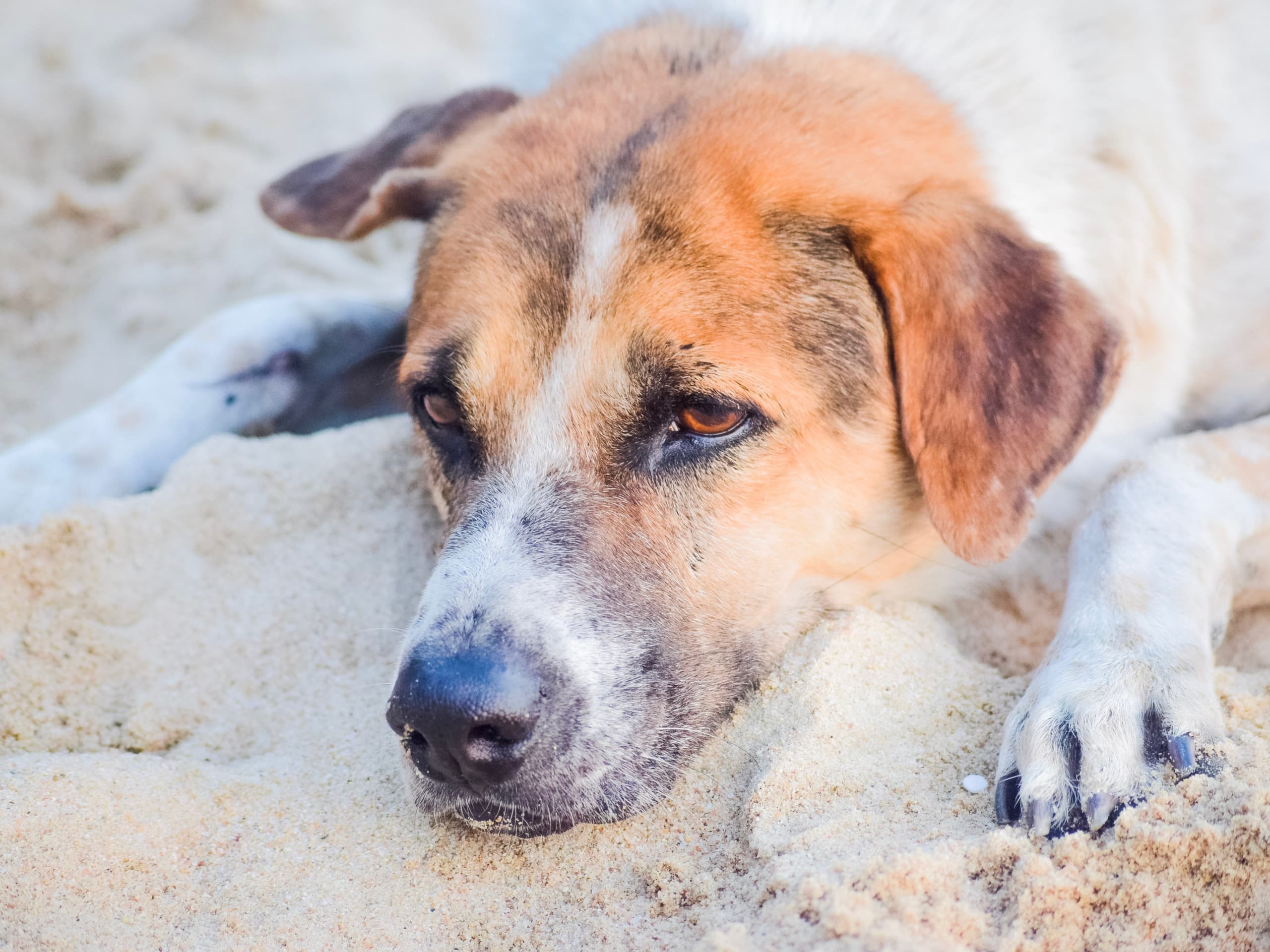 How do dogs and cats get heartworm?

Cats and dogs can contract heartworm disease after they’ve been bitten by a mosquito that carries infective larvae of the parasite Dirofilaria immitis. When translated from Latin, the name alone is terrifying — Diro means dread, filaria means thread and immitis means harsh, merciless, lacking in pity.

The life cycle of these “dreaded, thread-like” worms that are “ harsh, merciless, lacking in pity” is relatively complex. Adult worms are found in the arterial circulation of a pet’s lung or in the right side of their heart. The adult female worm releases her offspring (called microfilaria) into the bloodstream where they can be taken in by feeding mosquitoes. The larvae spend 10-14 days maturing, after which point the mosquito can pass them on to infect other mammals. Almost 100% of dogs that are exposed to larvae-infected mosquitoes will develop infection whereas cats seem to be somewhat more resistant — disease develops in around 75% of them.

Adult male heartworms measure 4-6” while females double them at around 10-12”. Until the infection reaches a certain level (up to 50 worms in a medium sized dog) the worms tend to concentrate in the arteries of the lower lung lobes. As the number of worms increase, they start to infest the right chamber of the heart and can lead to heart failure and even sudden death if not treated medically or surgically.

Heartworm symptoms in dogs and cats

Heartworm disease manifests differently in cats and dogs. Because cats are smaller and have narrower circulatory systems, only one to two adult worms can cause severe disease, while it typically takes many more in dogs.

For both cats and dogs, it’s common to appear completely healthy until the disease reaches an advanced stage. Adding extra complication, many of the symptoms tend to mimic those of other medical conditions such as feline asthma, heart disease, kidney disease, thyroid disease and diabetes.

Symptoms include coughing, lethargy and difficulty breathing. Dogs with heartworm disease can present with fainting spells and abnormal lung and heart sounds, while cats often experience vomiting, loss of appetite and weight loss.

The tricky part of the heartworm life-cycle is that, once infected, it can take more than 5 months before infection can be detected in dogs — and we may not be able to detect infection in cats at all. One of the complications in diagnosis is that the first stages of heartworm disease in cats can be very similar to signs of feline asthma. While the two diseases may present in similar ways (shortness of breath, occasionally coughing) the disease caused by the heartworm parasite has been recognized as a syndrome called Heartworm Associated Respiratory Disease (HARD). In the last ten years we have developed a greater understanding of heartworm disease in cats and, while testing can be difficult, we are beginning to diagnose more and more cases.

There are several methods of testing for heartworm available in both types of pet, but all have their advantages and disadvantages:

These detect whether there are proteins specific to heartworms present in the pet’s bloodstream. The most common antigen tested for is specific to the adult female heartworm and is the test most common in the annual heartworm tests that dogs are recommended to have. While this can be a useful test in cats, a proportion of cats will be infected with only male adult heartworms so may be negative for this test despite being infected.

A pet’s immune system will produce specific antibodies when it encounters heartworm larvae. While this may seem like a useful test, it only tells us that heartworm larvae have been present at some point, not that there are necessarily adult worms or that they are causing a problem. However, a positive test can certainly be useful when combined with some of the imaging techniques below.

In infected individuals with signs of heartworm disease, radiographs such as X-rays can help diagnose and stage heartworm disease and are useful in the treatment and recovery phases. Radiography alone is not usually very useful without corroborating antigen or antibody.

An ultrasound examination of the chest can help to find specific locations of heartworms in cats and dogs. However, because even very small numbers of worms can cause disease in cats, it can sometimes be difficult to confirm whether there is infection in some individuals.

Laboratories spin down samples of blood and sieve it through very fine filters to look for evidence of circulating microfilaria. This is usually only positive after 6+ months of infection in dogs and can be sporadic in cats.

The bottom line is that, while there are several tests available for heartworm disease, not one of them is capable of successfully testing for the parasite at every stage of infection, especially in cats.

Heartworm treatment for dogs typically consists of several medications, reduced activity and cage rest. Only one medication (melarsomine) is approved by the FDA for treating heartworm in dogs and it has to be injected by your vet. The use of melarsomine in conjunction with the heartworm treatment protocol outlined by the American Heartworm Society will usually kill off most worms and eliminate them in 1-3 months in most dogs.

Heartworm treatment for cats is much more complicated because there is no approved medicine for cats. Surgical removal of worms is possible in some cases, but in most cases, heartworm positive cats are put on a care management plan and monitored.

While some of us are reluctant to medicate our pets, the good news about heartworm preventives is that they are some of the safest medications that we use in our pets.

There are several different types of heartworm medicine available, including:

Heartgard is most commonly prescribed, but because all of these products are slightly different, discuss with your vet which one product they think is best suited for your pet.

In most areas, vets recommend year-round heartworm control as these medications also help prevent many other intestinal parasites. Not only that, but many pet parents find it easier to give medication every month rather than stopping a month after mosquito season has passed and then starting over again a month before it is due to start.

Even if they are on preventives, the American Heartworm Society recommends that all dogs be tested yearly in an effort to catch any cases in the unlikely event the heartworm medicine fails (make sure to check that your medications are not out of date before giving them).

Photo by Thewonderalice on Unsplash