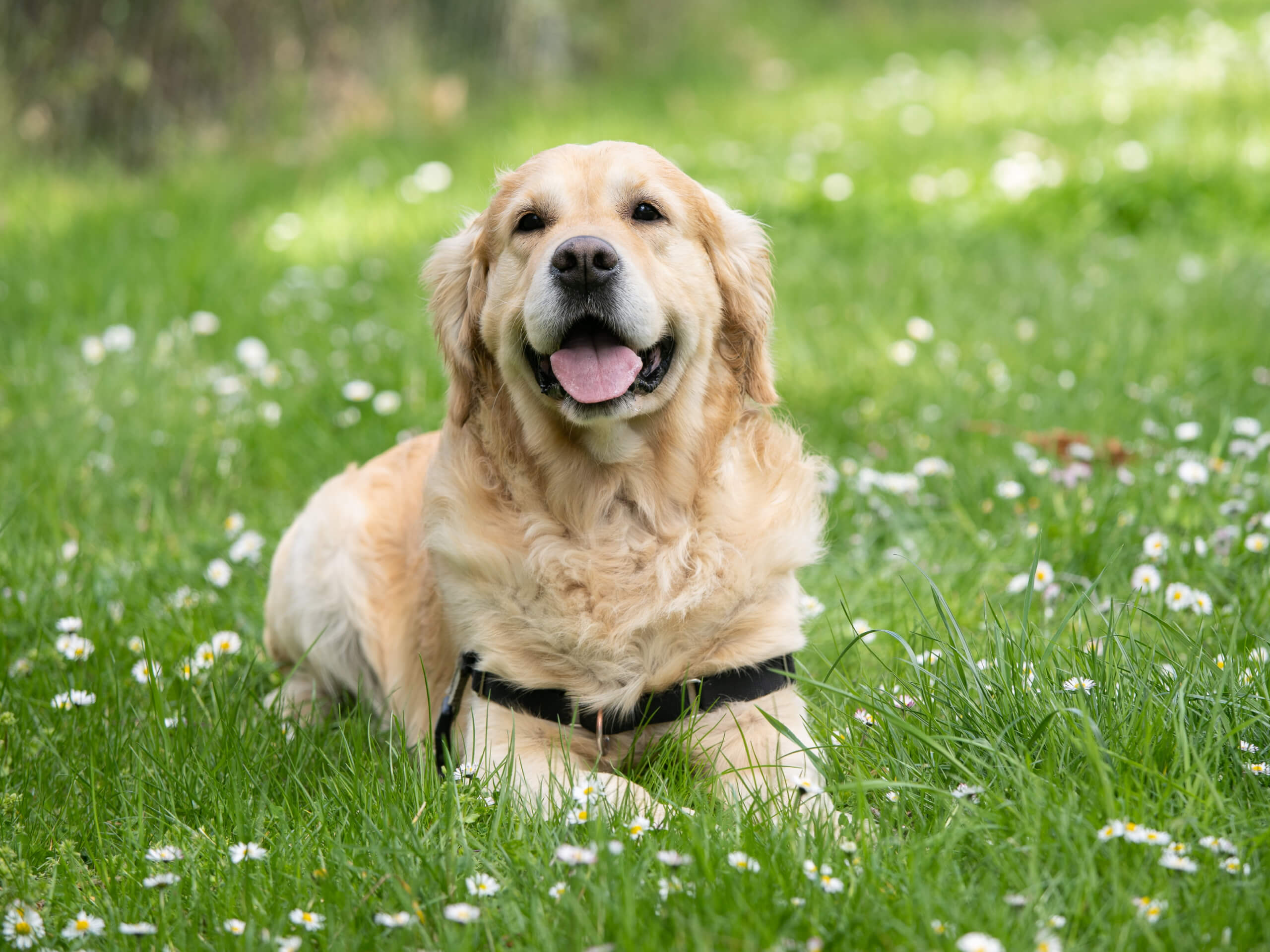 Almost daily, veterinarians see dogs suffering from early stages of canine cognitive dysfunction syndrome (CDS), or as it’s more commonly known, dog Alzheimer's or dog dementia. Cats can also develop cognitive dysfunction, but it’s not as common as it is with dogs, and can be very hard to detect.

What causes dementia in dogs?

You can help combat your dog developing dementia by making sure they regularly exercise. For more energetic pets, a game of fetch works perfectly. As for older dogs, they’re fine just walking around the block on their leash. You could also teach a dog a simple new trick. Long story short, any stimulation that is out of their ordinary routine can help prevent the disease.

Signs and symptoms of cognitive decline

Symptoms of cognitive decline in pets may range from mild to severe, including:

Many dogs with cognitive dysfunction will also begin to approach the wrong side of the door, appear deaf or fail to respond to known commands, howl or bark for unknown reasons and often have increased thirst.

Diagnosing a pet with cognitive dysfunction is challenging since there are many diseases that mimic the symptoms. The vet must first rule out a number of diseases, including:

When your veterinarian suggests several tests to determine why your dog is pacing at night, it’s because there’s a lot of work involved in achieving an accurate diagnosis.

Once your pet is diagnosed with canine cognitive dysfunction syndrome, what’s next? If you seek help when the first soft signs of dementia appear, there may be a lot you can do to slow the progression of mental decline. There are two major pathways to take: the first is avoiding factors that may worsen cognitive dysfunction. The second is reducing inflammation.

For starters, living a sedentary, lonely life appears to accelerate the expressions of CDS. To counter this, take your dog for brisk walks two to three times a day. Play games and try new toys. Old dogs can learn new tricks, so start with something really simple that your older pet can feel proud of accomplishing. Maybe your dog can learn to walk through weave poles, use a ramp, jog on a treadmill or swim in a pool. Expose your dog to new stimuli whenever possible to fire up stagnant synapses.

The prognosis for dementia in dogs varies widely. The most important factor in determining a favorable outcome is early recognition and intervention.

Too often, patients aren’t diagnosed until after gradually worsening over a period of six to 12 months. For many of those pets, it’s simply too little, too late. But there’s hope for patients just beginning to show signs. It will require hard work and dedication, both on the part of the pet parents and the veterinary healthcare team, but the results can be phenomenal.

Prevention depends on whether or not a pet has inherited the condition or if it’s the accumulation of years of inflammatory damage. If genetics are to blame, there’s little we can do other than an attempt to slow the progression of cognitive dysfunction syndrome. Regardless, pets benefit from exercise, so no matter if it’s genetics or not, taking your dog on a nice long walk can’t hurt!

However, there are plenty of opportunities for pet parents to avoid many of the complicated factors associated with CDS and inflammation, keeping dietary considerations in mind. Foods rich in omega-3 fatty acids DHA and EPA should be a part of every dog and every cats daily diet. In addition, all adult pets can benefit from supplements high in B-vitamins, Vitamin E, resveratrol (an antioxidant) and phosphatidylserine (a key chemical in the maintenance of brain cell function), which can help protect susceptible brain cells.

Photo by Angel Luciano on Unsplash